Now that you have set up some sample Elements, in the coming modules, you will be performing can perform some common up.time tasks using these Elements. However, before continuing, let's have a quick tour of the up.time UI from an administrator's perspective. Specifically, we will take a look at the main panels, whose respective contents center around a particular function

The Config panel is where administrators configure the Monitoring Station. For example, in the previous module, you created global Element settings on this panel to define common configurations to communicate with the up.time agent, your WMI implementation, and SNMP network devices. Similarly, you would define how the Monitoring Station connects other platforms and applications, such as the mail server that sends alerts to users; or whether up.time uses your organization's LDAP server to authenticate users; or whether another up.time instance that offloads report generation tasks exists. It is also here that you manage the Monitoring Station's internal configuration (for example, which types of collected data are archived, or the number of Java threads are allocated to service monitors).

User access in up.time results from the properties of three overlapping constructs: user profiles, user roles, and user groups. It's on this Users panel that you can manage all of these to ensure all up.time users are able to see the appropriate parts of the monitored infrastructure, and perform the appropriate types of actions.

The Reports panel is where users can draw on metrics stored in the up.time database to generate reports in real-time, or configure reports for scheduled generation and delivery to specific users and user groups (for example, weekly summary reports for managers). 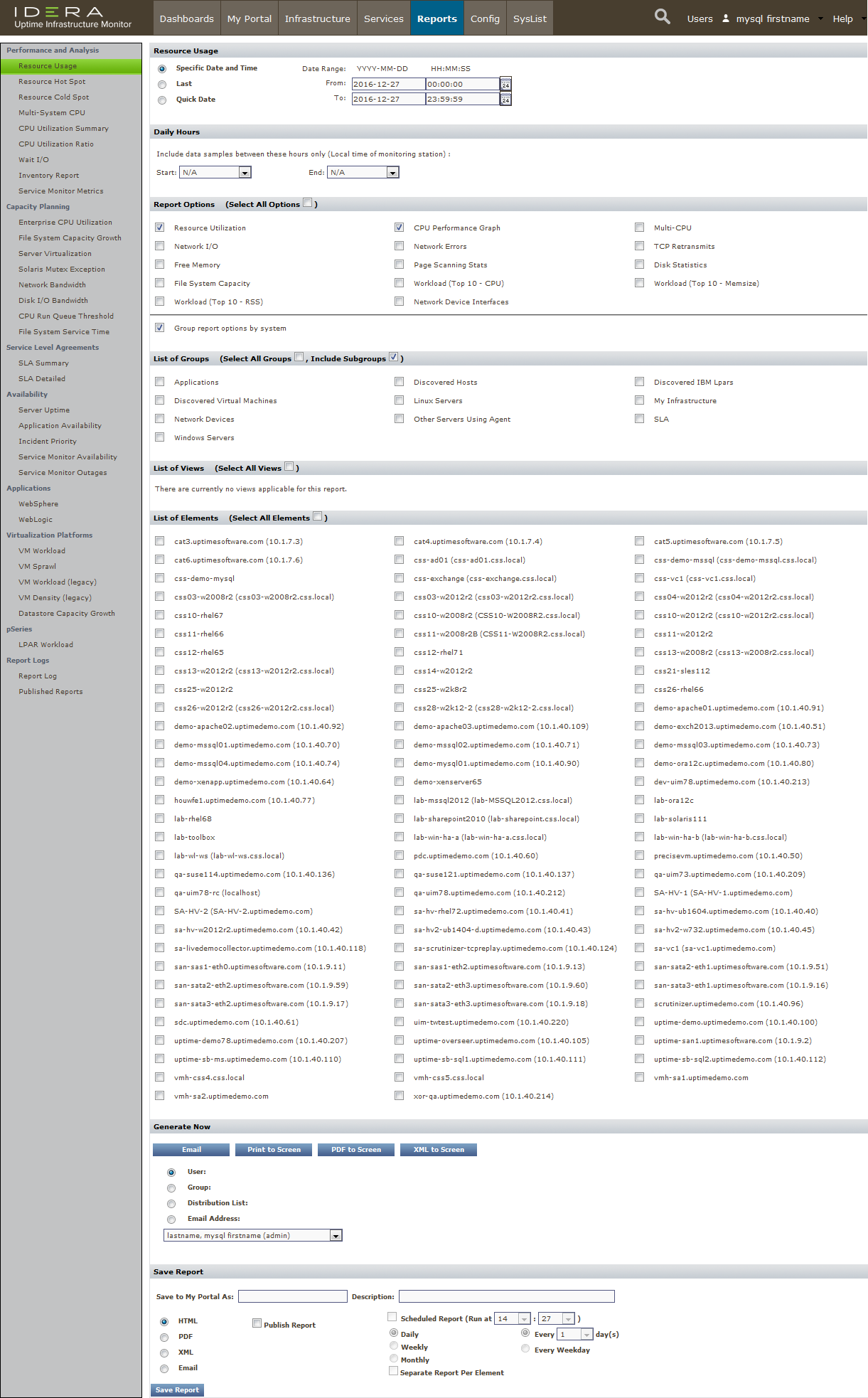 You will can generate a couple of reports in the fifth module of this guide.